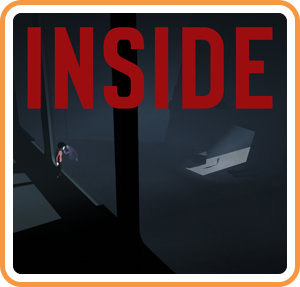 From the Creators of LIMBO

Hunted and alone, a boy finds himself drawn into the center of a dark project.

INSIDE is a dark, narrative-driven platformer combining intense action with challenging puzzles. It has been critically acclaimed for its moody art style, ambient soundtrack and unsettling atmosphere.

Ringersol
i got this game along with limbo for a total of 4$ on sale and it was 100% worth it. both are some of the best games i've ever played, i beat them both in the same day with like an hour between. the only times i ever got stuck on something was me just being dumb, all the puzzles feel great to complete, and for most of the game its an onslaught of beating puzzles, and the feeling of being chased by the the sirens is one of the most horrifying things i've experienced in a game. 10/10 game (switch
Show MoreShow Less
slimepadre
Coming into this game (and the Switch console itself) as a beginner, I had no prior experience with the likes of Limbo and the puzzle-style game genre as a whole. Once I finally picked up a Switch, I noticed Inside was being promoted heavily through the E-Shop and was given praise around the internet. After finding the game on sale, I decided to give it a try and I must say, it is a very fun and simple game that leaves the player enticed to find out the story of the protagonist. Given the stellar physics and various setting progression, I would’ve easily give this game a 5, BUT I feel that the ending was rushed and seemed a bit out of touch with the direction of the plot. The whole suspense factor is created trying to find out what type of ending there could possibly be, but (in my opinion) the conclusion was very underwhelming and lacked the creativity that made the climactic events of the game so intriguing. I give Inside a 4/5, as it was a very well-made game(nearly perfect for the Switch platform), but it was missing an ending that would leave me dying to play a sequel.
Show MoreShow Less
ryanscottbaker
One of the most brilliant games I have played on the Switch. The Switch was made for this type of game.
Show MoreShow Less
iRamos99